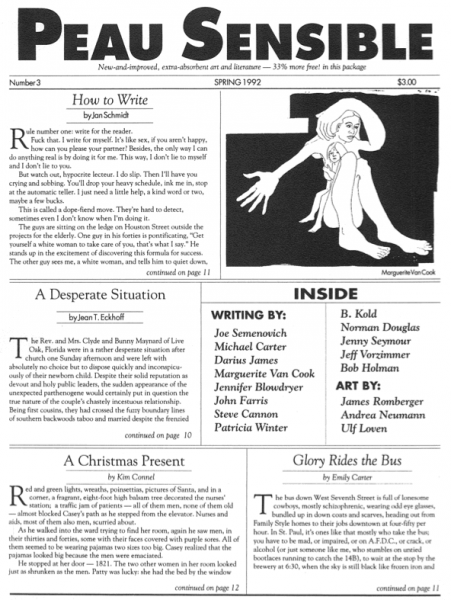 By the time we got to issue 3, just a few months after the first, our original crew was growing by leaps and bounds! This issue is 2x bigger than number 1! We were growing faster than a dot-com startup! We shoulda had an IPO! (Though, if given a million dollars back then, we all would have been dead within a month).

Some of the notables that got on board with this issue include Emily Carter (Glory Goes and Gets Some), Marguerite Van Cook (Seven Miles Per Second), and poet, Nuyorican Poets Café coordinator and slam-master and future founder of the Bowery Poetry Club, Bob Holman. Plus most of the usual crew…