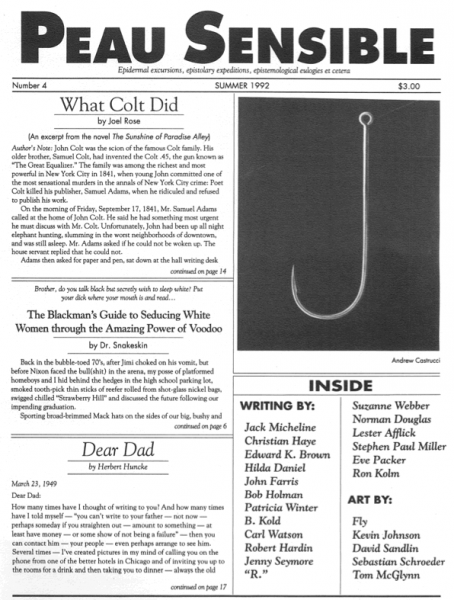 We started getting some attention – outside of the Lower East Side, that is – with this issue, as we were joined by not one but two beat generation giants, Herbert Huncke (Guilty of Everything) and Jack Micheline (sixty-seven poems for downtrodden saints), not to mention top-notch contemporary novelists Joel Rose (Kill the Poor), Carl Watson (Backwards the Drowned Go Dreaming) and future editor Rob Hardin (Distorture) as well as poets Lester Afflick, Stephen Paul Miller, Eve Packer and another future editor, poet, publisher and Unbearables co-founder Ron Kolm (The Plastic Factory).