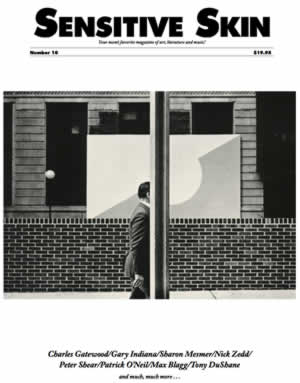 Sensitive Skin 10, published September 2013, an anthology of post-beat, pre-apocalyptic art, writing, music and whatnot, features work by both world-famous and new-and-emerging artists, writers, and musicians from around the globe.