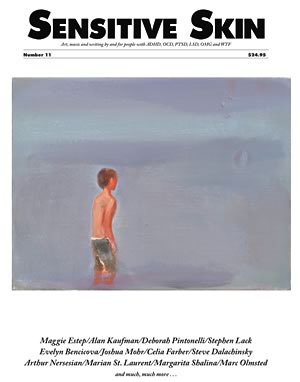 Sensitive Skin 11, published October 2014, an anthology of post-beat, pre-apocalyptic art, writing, music and whatnot, features work by both world-famous and new-and-emerging artists, writers, and musicians from around the globe.

We also have a great portfolio of paintings from East Village icon Stephen Lack, as well as photographs by Gretchen Faust, Dennis Gordon and Evelyn Bencicova.

Available here in PDF format here for just $5.95, or get the full-color print version via Amazon and select bookstores.