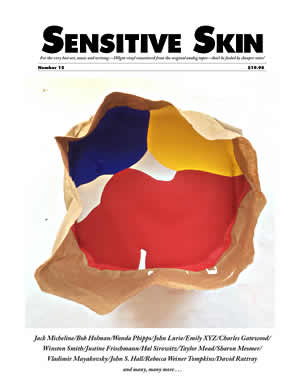 The front cover (above, left) is by Brooklyn painter and curator Julie Torres, and the back cover (left, click for full-size version) is by the legendary graphic artist Winston Smith.

Sensitive Skin 12 available here in PDF format here for just $4.95, or get the full-color print version via Amazon and select bookstores.