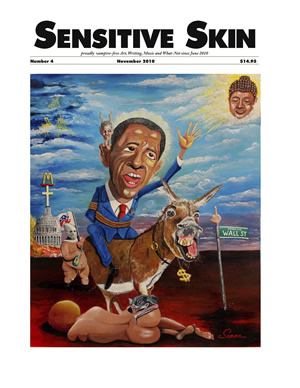 An excerpt from a novel-in-progress by Melissa Febos, author of Whipsmart: A Memoir.

A portfolio of paintings by Samoa Moriki (who did the most excellent cover portrait of our President), the lead guitarist for punk rock legends The Voluptuous Horror of Karen Black.