Don't like Amazon? All of our books are available through other online sellers (Barnes and Noble, Powells, etc.). You can also order our books through Ingram, at your local bookseller or library. 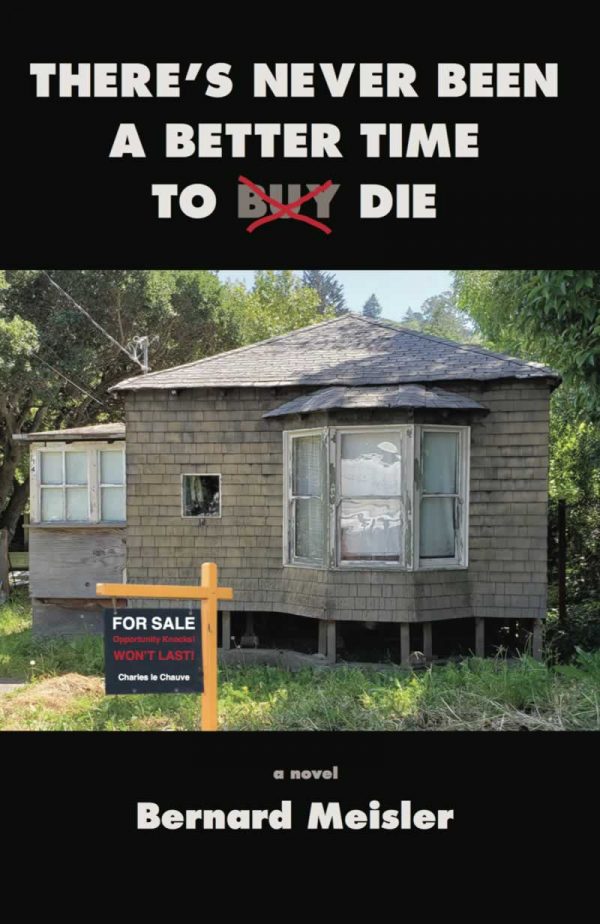 There’s Never Been A Better Time To Die

A neo-noir/satire of late-stage capitalism, this shaggy dog story-the incredibly convoluted plot is beside the point-pays homage to the nonsensical storylines of classic noir. A debauched, hard-boiled realtor stumbles upon a crime–or does he?–in Marin County, all the while making derisive social commentary. 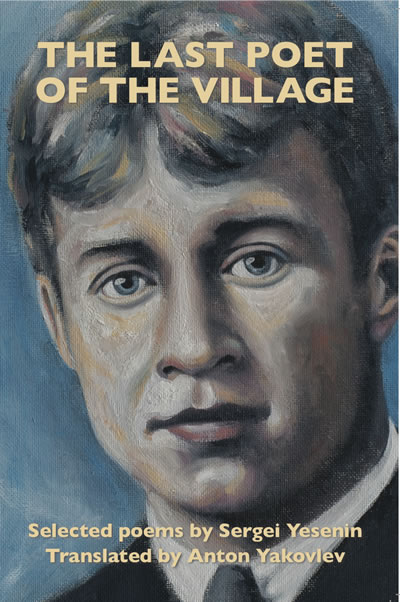 The distinctive lyricism and lush rural imagery of poet Sergei Yesenin (1895-1925) have indelibly imprinted themselves into the Russian consciousness. Second in popularity among Russian speakers only to Alexander Pushkin, Yesenin has received surprisingly little attention abroad. This bilingual edition (original Russian side-by-side with translation by Anton Yakovlev) is an attempt to rectify the relative scarcity of Yesenin’s English translations and to introduce English speakers to many of his most beloved and iconic poems. 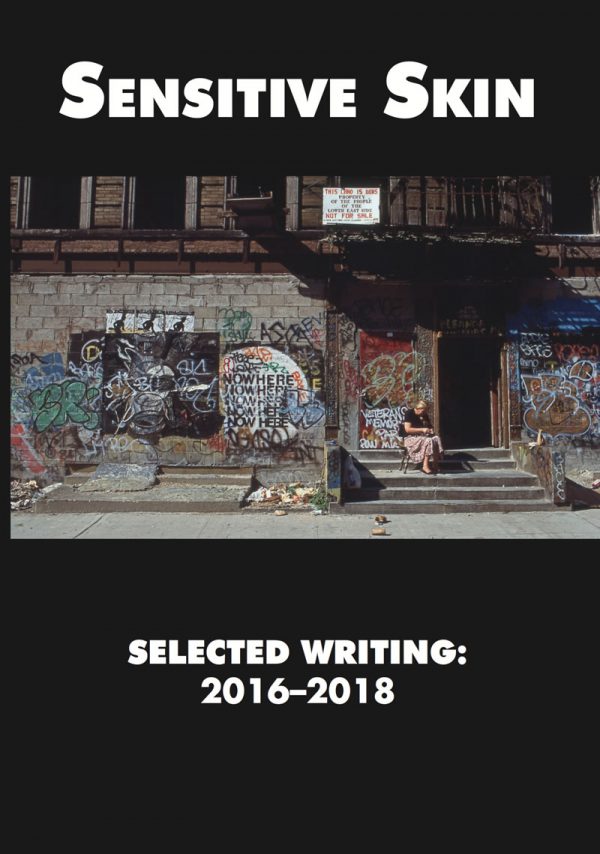 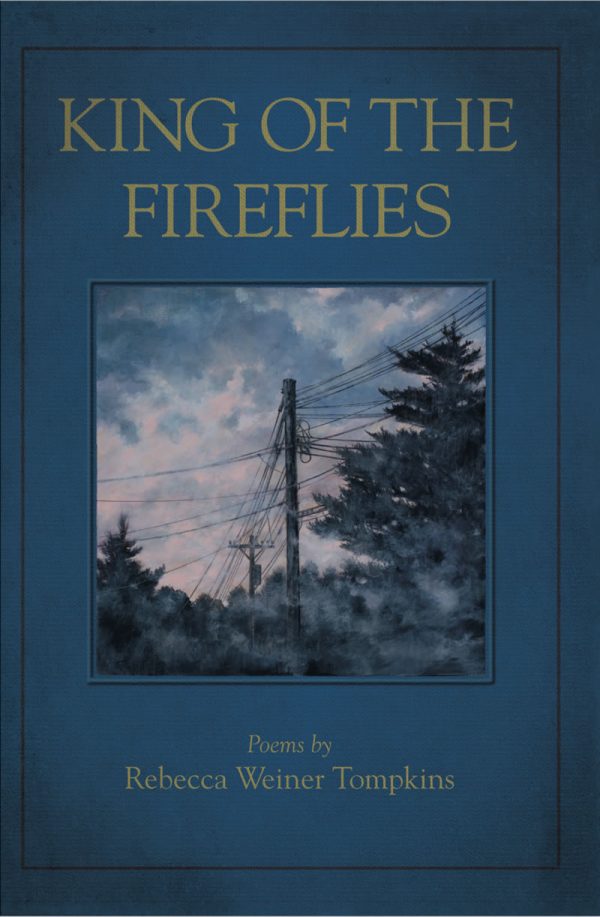 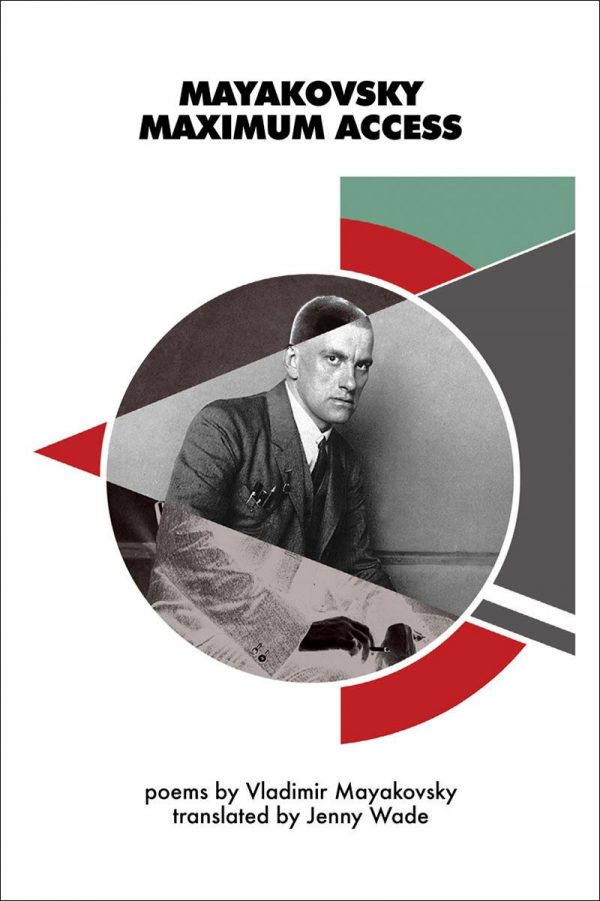 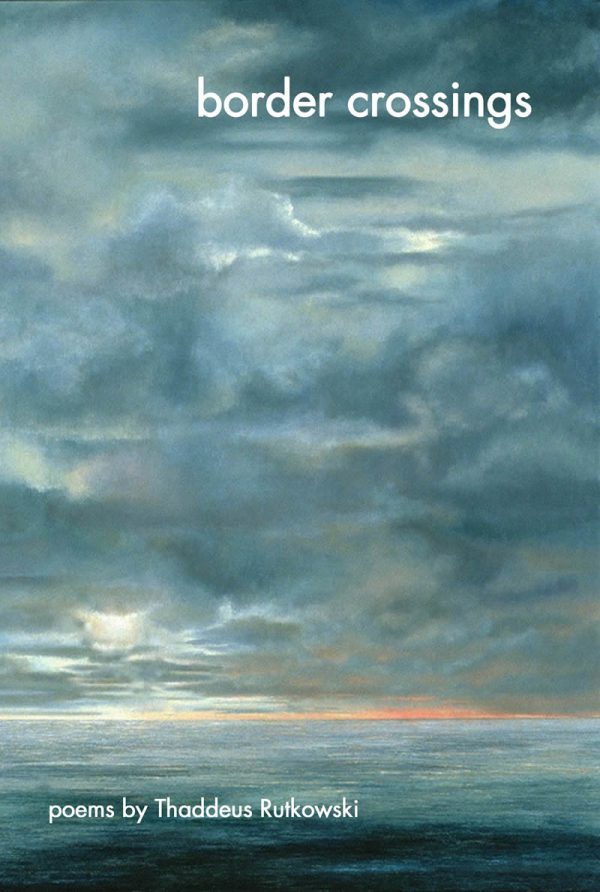 Border Crossings is Thaddeus Rutkowski’s first full-length collection of poetry. The “crossings” of the title are both geographical and psychological. In some of the poems, the speaker travels from one country to another. In others, he moves from one state of mind to another. His topics are his rural childhood and Asian heritage, his adult life in New York City, and his relation (throughout his journeys) to people, animals and nature. All of these short, first-person poems shed light on these topics through vivid, accessible language. 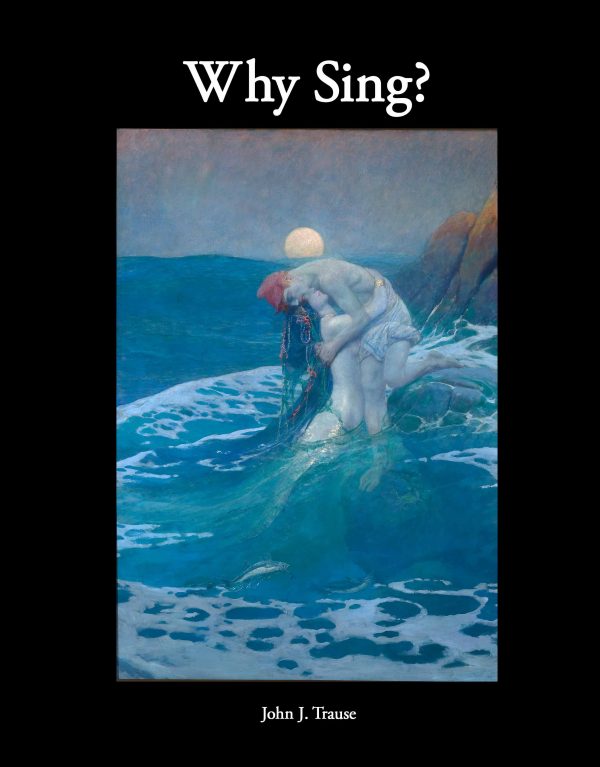 John J. Trause’s book of traditional and experimental poems, Why Sing?, presents a literary world ebbing between the call of the past and the allure of the future. Why Sing? seeks to create a new international and multicultural literary tradition, against and/or with manifestations of the avant-garde and conceptual. Decidedly anti-Romantic, Why Sing? forges new shining paths through ancient woods. 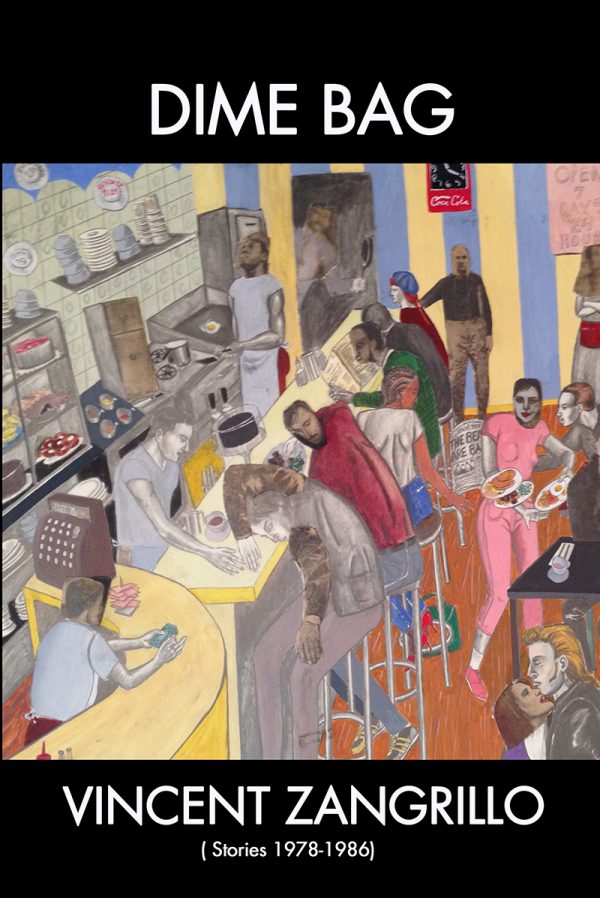 The junkie as iconic anti-hero is a vein that that runs through the body of mid-to-late 20th-century American literature, from “The Man with the Golden Arm” to “Naked Lunch” to “The Basketball Diaries.” Written and set in the demimonde of Downtown Manhattan in the pre-gentrified late ‘70s to mid- 80s, “Dime Bag” is the latest installment in that tradition. The work is a series of interconnected short stories that chronicle its god-forsaken narrator’s manic exploits: rising and falling, crashing but never really quite burning. 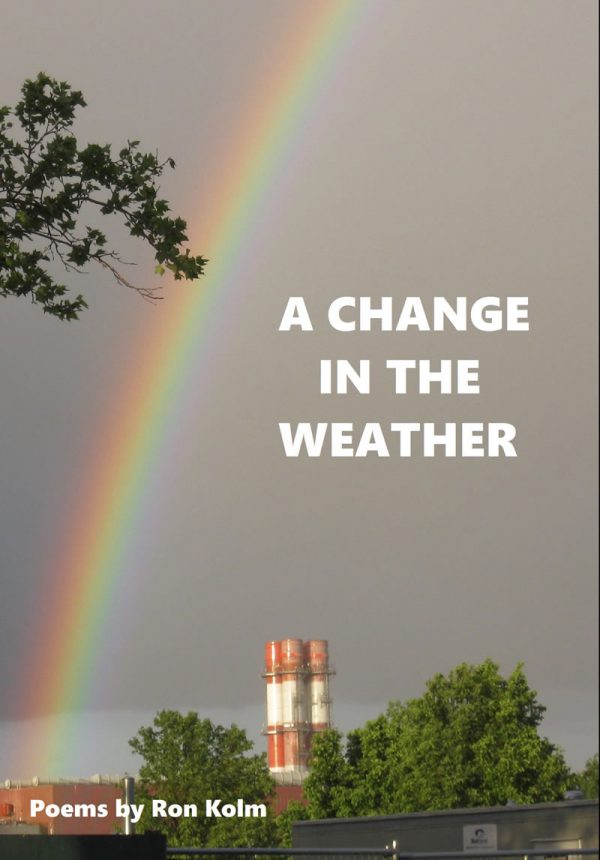 A new collection of poems by Ron Kolm.

“A born storyteller, documentarian and wild soul, Ron Kolm brings all the insight of a keen observer of life, whether it is in New York City, the Pennsylvania landscape of his youth, or the scenarios in fictionalized collage poems culled from photographs and letters. Kolm embraces the world around him: the good, the bad, the beautiful, and the ugly.”
—-John J. Trause 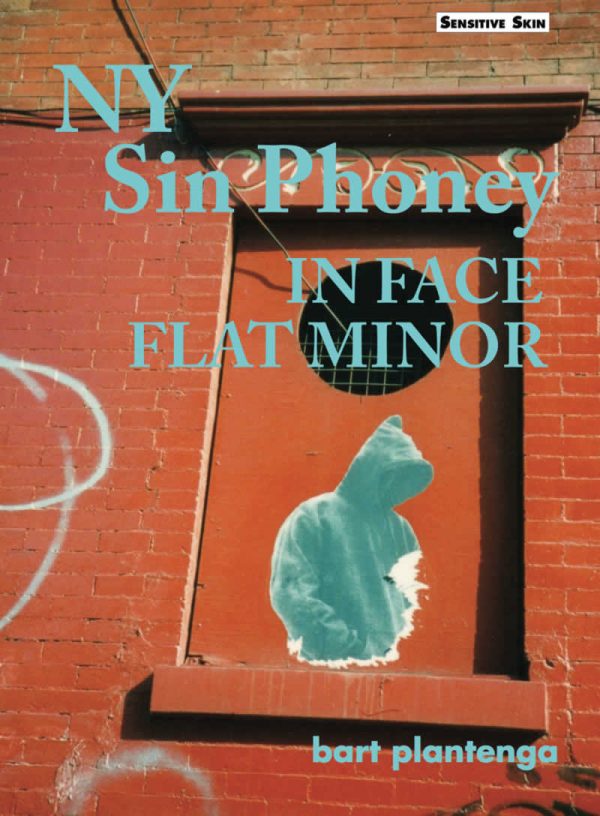 Not quite poems, not quite journal entries, meta-factual snapshots of everyday New York life. The companion book to Paris Scratch.

Buy it on Amazon Buy the PDF 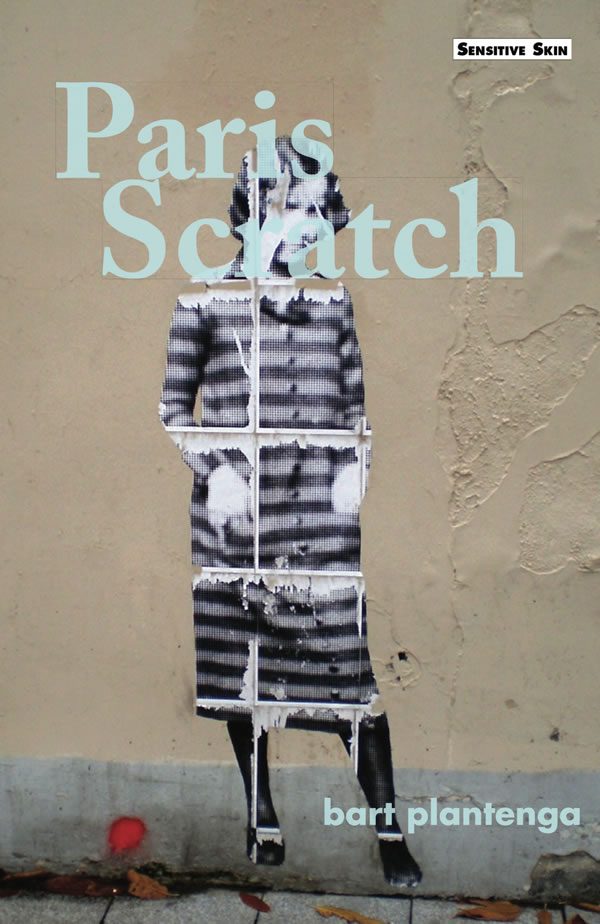 Not quite poems, not quite journal entries, meta-factual snapshots of everyday Paris life. The companion book to NY Sin Phoney In Face Flat Minor.

Buy it on Amazon Buy the PDF 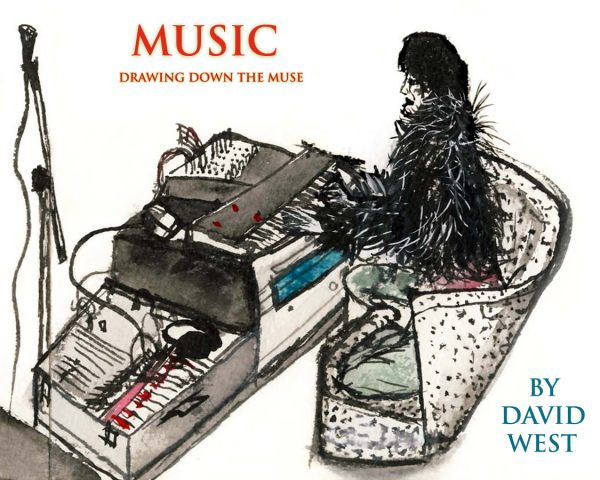 Music: Drawing Down the Muse

Music: Drawing Down the Muse is a survey of drawings done in situ (usually in rehearsal or soundcheck) with various musicians or groups, over the last 20 years. The idea of the series was to define what the experience of the music “felt like,” and to capture the emotional dynamics of each different situation. The series began in San Francisco in 1990 with Monte Cazazza’s “Love Force,” and continued during the 90s in New York. Over the last 10 years in Paris, the focus has changed to the international, with the inclusion of many French and European musicians. From Wire to Patti Smith, from the Bush Tetras to Daniel Darc, and from Devo to Silver Apples, West has strived to express the effect of the musical charge. 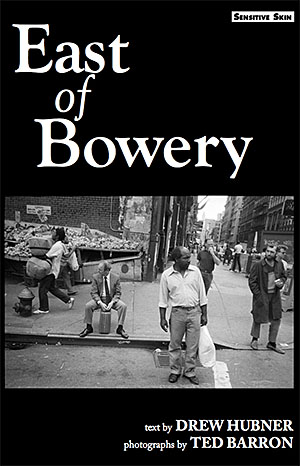 East of Bowery began as a collaborative web project between writer Drew Hubner (American by Blood, We Pierce) and photographer Ted Barron in 2008. It was subsequently performed as a multimedia performance with live musical accompaniment at the Gershwin Hotel and the Bowery Poetry Club. This is the first print publication of the project. 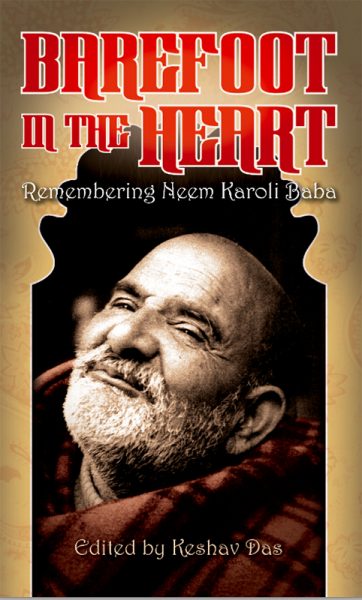 Barefoot in the Heart is a collection of transcribed oral stories of the Indian saint Neem Karoli Baba (Maharaji). It includes many anecdotes and first-person retellings of stories collected in India and the in the USA over a period of 9 years, by Keshav Das, including a small selection of unpublished stories originally intended for inclusion in “Miracle Of Love” by Ram Dass. 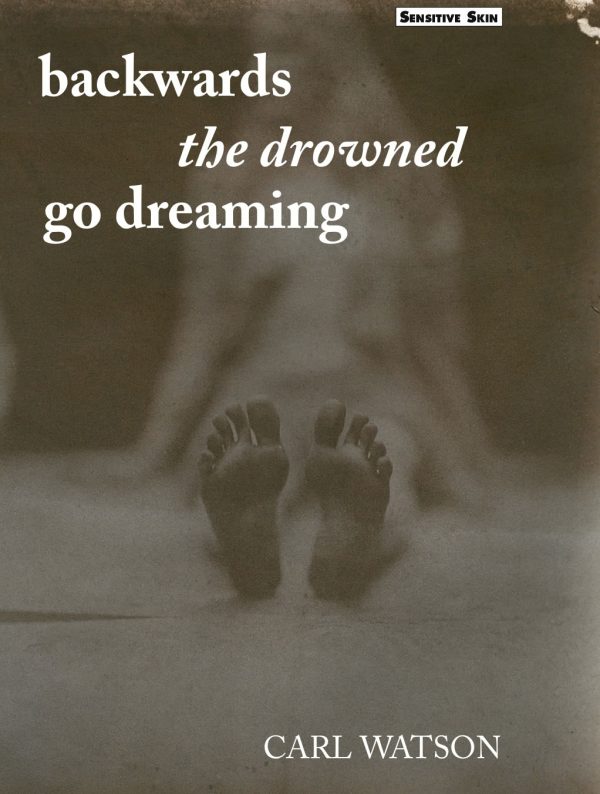 A novel by Carl Watson

“Amongst the oil fumes and the briny dinge of the sea, greasy, tired, frustrated, I had a flash. Suddenly, I had it all figured out—the psychology of despots and CEOs. I figured that in order for civilization to exist, people have to stay in one place, and so it seems somehow natural that the evolution of society would be to create an illusion of motion where none exists. Faster cars. Faster editing. Increased sensory stimulation. But all the while we are actually sitting more and more still. The population is placated by the feeling of progress, when in reality they are imprisoned. Even if we feel or strive to be utterly irresponsible, we’re still somehow doing our job.”

Buy it on Amazon Buy it on Kindle
We use cookies for analytics, advertising and to improve our site. You agree to our use of cookies by closing this message box or continuing to use our site. Accept Read More
Privacy & Cookies Policy