I’ve been drawn to abandoned buildings all my life. When I was a boy, the allure was breaking into forbidden places without getting caught, the adventure of making new discoveries. Later, when I became a firefighter in 1978 in the South Bronx, entering and navigating vacant structures became both a full time job and a passion. Around the same time, I moved to the Lower East Side, where I was surrounded by blocks of vacant tenements dating back to the early 1900s. Despite how dangerous this was, I spent much of my time inside exploring. Over the years my attraction to abandoned spaces grew and I fell in love with turn-of-the-century industries: mills, warehouses, foundries, loft buildings and factories. This includes former institutions, such as asylums, prisons, schools and hospitals. And also foreclosed homes.

Photographing these emptied spaces, I began to feel comfortable in the midst of the neglect and decay. The abandonment, loneliness and isolation inside the structures grounded me. I discovered an escape from the boredom of inhabited spaces, growing lost within the wealth of bygone architecture and design. Here, I feel like I’m participating in some grand installation of living art. The decay is dynamic and the interiors will be different when I revisit them in a year. New levels of rust and mold. Brick disintegrating and nature slowly prevailing, replacing manmade elements. Where some people see eyesores, I see the labor of architects, craftsmen and assemblymen who used complex machines built as durably as the products they made. To me, each abandoned building tells a story about our past, and all these buildings tell a collective story of our present, an era of greed when everything—from architecture to wares to art—is disposable, replaceable.

My artwork recreates and memorializes the emotional experience of seeing and exploring these structures. I also want to pay tribute to the quality of manufacturing we once had and the domestic jobs it created.

Buy issue #11 in PDF format here for just $5.95, or get the full-color print version via Amazon and select bookstores. 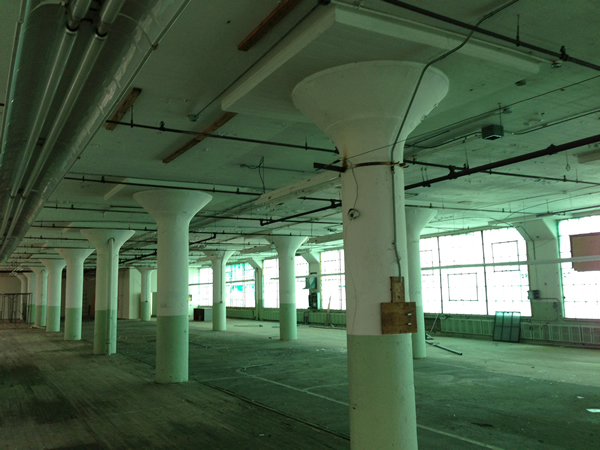