Michael Jon Fink is a composer/performer who resides in the San Fernando Valley just north of Los Angeles.

For the last thirty years he has served on the faculty of the Herb Albert School of Music at the California Institute of the Arts where he teaches Composition, Orchestration and Analysis.

He has composed concertos for soprano saxophone, bass clarinet, violin and cello, as well as incidental music for two plays by W.B. Yeats and three by Wajdi Mouawad. 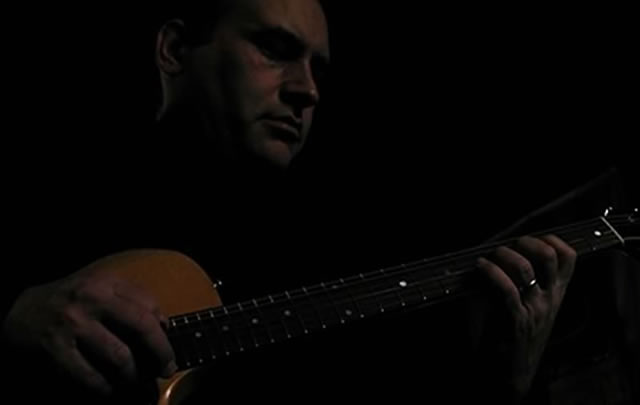 He recently composed the score for Tareq Daoud’s short dramatic film La salle des maîtres, an Official Selection of the Film Festival Locarno. He is currently composing a chamber concerto for the world-renowned avant-garde cellist Frances Marie Uitti (who plays with two bows at the same time). His “Prelude to Alone” for clarinets, trombones and electric guitar will appear on the soon to be released “Cold Blue Two” Anthology (Cold Blue Records).

M.J.F. has been a composer/improviser with experimental and new music groups that have included the Negative Band, Musica Veneris Nocturnus, Stillife and Ghost Duo; and currently plays electric guitar with Pickaxe (Noise), Gods of Rain (Experimental Metal), the Feedback Wave Riders (Free Improv) and Trio Through the Looking-Glass (Jazz-inflected).

4) “What the Eagles Heard,” a spontaneous improv from the unreleased CD “The Joyous Gods” (2006)- Marcelo Aguirre, drums ; M.J.F., electric guitar