To celebrate the release of Sensitive Skin #12, the Poetry Month special, we had a reading at the Bowery Poetry Club in NYC. About half of the published poets were able to make it. It was a lot of fun, but if you weren’t there, here’s the next best thing. (Thanks to Hal Hirshorn for filming it.) 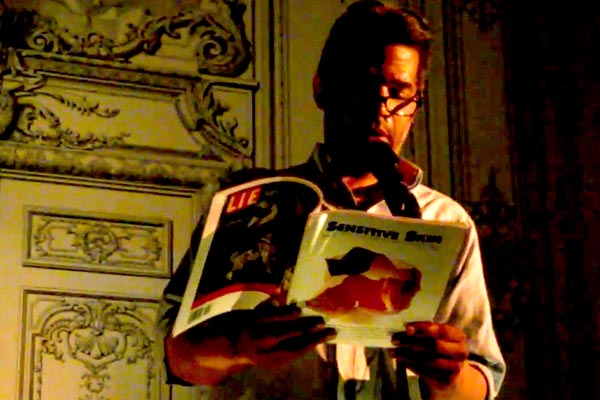 Your host, Bernard Meisler, recounts an amusing subway anecdote that happened on his way to the show.

Bob Holman “reads” an extemporaneous version of Sing This One Back to Me (which is completely different than the version that appeared in the magazine.)

Max Blagg reads Some of My Friends.

Rob Hardin reads For an Infant in the Throes of a Fatal Condition.

Rebecca Weiner Tompkins reads Landscape with a Bear in It Somewhere.

To wrap it up, Steve Dalachinsky reads It Is Not Here on Earth What I Am Seeking by the late great Jack Micheline.

You can read all 30 poems and check out the beautiful artwork from our Poetry Month special here. Now be nice and go buy a copy – – yeah you, I’m talking to you – see that link below? – go ahead and click it and you will be delivered to a garden of earthly delights.

Sensitive Skin 12 available here in PDF format here for just $4.95, or get the full-color print version via Amazon and select bookstores.