Introducing 6 new video snapshots, 3 each from Paris Scratch & NY Sin Phoney in Face Flat Minor, which will hopefully illustrate the fortuitous strategy of the 2 books, a basic, not-well-thought-out premise of wandering & documenting 1-per-day, 365 not quite poems, not quite journal entries, meta-factual snapshots that illuminate the shady, evasive, & forgotten events of everyday life, la vie quotidienne, in Paris & NYC, published by Sensitive Skin Books, 2016 & 2017.

Wandering, like writing, leads from a familiar to an unfamiliar destination. This is aimlessness feigning a meaningful expedition in search of thrills. Allusions to tourists as locusts, zombies, & pillagers are not totally inaccurate. Many come to see a Paris as documented by the likes of Cartier-Bresson or Robert Doisneau, for instance, and if their smartphone ducumentation diverges too much from this vision, expectation is dashed, confusion ensues, and a feeling of being swindled may arise.

Tourists are end-users who violate the slender border between adoration and consumption as they are herded to landmarks by guides who flatter their conventionally stereotypical views, marching through squares to conquer entire swaths of public space. Wanderers are post-Breton, post-Whitman urban psycho-geo-ecologists, who rewrite the history of a place with the scuff of their shoes.

I read Baudelaire’s prose poems in Paris Spleen at a young age with great sinister, enchanted glee. The poems mirrored my world view in a more appropriate form – a poem that works hard without a flamboyant dancerly pose: the prose poem as a hefty old chunk of brick thrown at whatever in life removes us ever further from basic, simple pleasures. I was drawn to the form as an organic reflection of content. Other than that, all of the other comparisons to Baudelaire have come via the minds of those who have read both books. And so, on some level, Baudelaire can be seen as the instigator, my enabler but I never consciously set out to pay tribute or update Spleen. Even though the title Paris Scratch resembles Paris Spleen, it was never a conscious nick or allusion. [The title for the New York book came in a fit of “yes more of the same but noisier and more in your face.”]

Encouraged by a Scratch reader, I just now [25 Sept. 2017] read that, like Scratch, Spleen was consciously devoid of beginning and end and can be read from anywhere in whatever order desired. They were intended as small, piercing glimpses into the beauty and social inequities of the city as microcosm of society, headed toward the same destination on different tracks noting incandescent instants of happenstance that delight and humble.

As Baudelaire noted in the preface to Paris Spleen and La Fanfarlo [Trans. Raymond N. Mackenzie, Hackett, 2008]: “no one could say that it has neither head nor tail, because, on the contrary, everything in it is both head and tail, alternately and reciprocally. … We can cut whatever we like – me, my reverie, you, the manuscript, and the reader, his reading; for I don’t tie the impatient reader up in the endless thread of a superfluous plot. Pull out one of the vertebrae, and the two halves of this tortuous fantasy will rejoin themselves painlessly. Chop it up into numerous fragments, and you’ll find that each one can live on its own.” 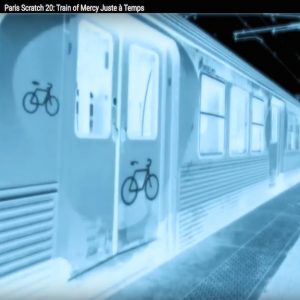 “I have a deep interest in Paris. I think architecturally first, then how that space is filled by what I think are interesting people. Charles Baudelaire, Boris Vian, the songs of Juliette Greco, the imagery of Serge Gainsbourg – all of this makes intriguing pictures and sounds in one’s head. I would also like to add bart plantenga’s “Paris Scratch” to that cultural pile as well.” 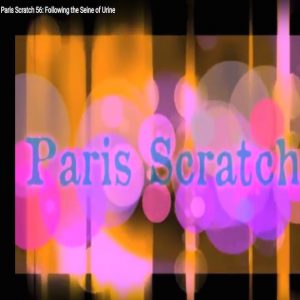 “It should ensure his place in the next pantheon of great bohemian saints and sinners.” 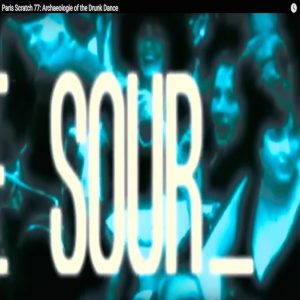 The barman wipes the juke clean after a night of debauchery 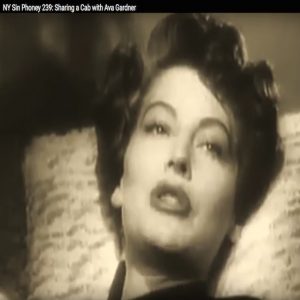 The ride was like a scene from a movie 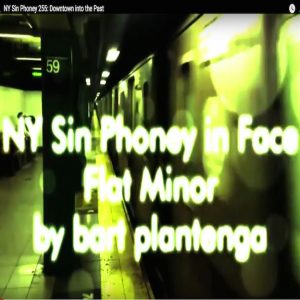 NY Sin Phoney 255: Downtown into the Past

“Plantenga is…blessed with a sense of comic timing. In NY Sin Phoney, plantenga renders all of it vividly & poetically & in such a way that those who knew it can’t help but marvel again at a place that was full of so much horror – & so much possibility.” 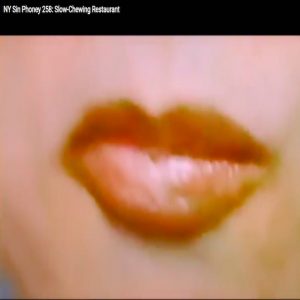 A glimpse into an alien lifeform, the slow-chewer

“The observations are stellar. …they’re deftly expressed observations about the city busily deteriorating. … Read one of these a day. They’ll lift you up and down you out.”

While you read, here’s the soundtrack for Paris Scratch and NY Sin Phoney.